You are not signed in. Would you like to sign in or register?My basket (0 items. Total £0.00)
You are here:Home|Jewels On The Move

Jewels On The Move 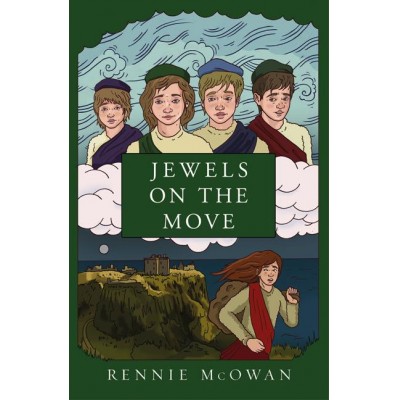 When Clare, Michael, Gavin and Mot visit an ancient castle, they find themselves taken back in time to 17th century Scotland, where they become caught up in a desperate journey to rescue the priceless 'Honours of Scotland' - the Scottish Crown Jewels. With armed men at their heels and an injured girl slowing them down , it's touch and go whether they will succeed, and even if they do, how will they get back to their own time?

Jewels On The Move is the fourth in the best selling Clan Series. Other titles in the series are : Light On Dumyat, The White Stag Adventure and The Day The Mountain Moved.

'Outlander for Kids' - The Daily Record.